Another site of GRIZZLY FAMILY www.myspace.com/grizzlyfamily

1982
Vienne (30 km south of Lyon - France) - Following the tracks of the Bopkats, Dazzlers and the likes of Snappin' Boys, The BOZEFIGHTERS, first rehash of the Casas brothers and Mickey "Big Claws" Pujol, begins to travel the roads and to pour out their wild thouroughbred rock'n'roll. 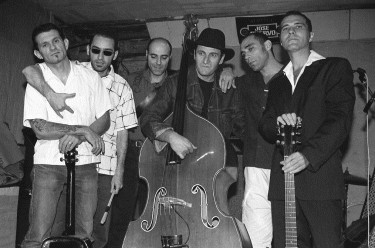 1984
The band disperse, some of them make Los Mescaleros (JP, Al, Jo their brother Tonio), Mickey joins The Happy Drivers. Later on, Jo creates The Wakes. In spite of many hazards, the sacred links uniting them will be strongest.

1993
No way. our four jolly fellows, tryin' to revive the magical moments of their first musical years, decide to set up a new combo and to make it sound the most electro-acoustical possible : the GRIZZLY FAMILY was born ! Yoze Kuervo, called "the lonesome one", gets out of his den (hillbilly bear in the making) and adds a good layer of frenzy to the Grizzlies' shows.

2001
The sixth Grizzly, Noël "Nono" Jurado, delighted to take part in that crazy adventure, joins the rockin' band, with him his manyfold gifts.

2004
The GRIZZLY FAMILY at last release their second CD as exciting as their performances on stage : CD "Burning Hot". They continue scouring their territory and their fame keeps on growing .

These hillbilly bears grunt and swing on a stormy and terribly catchy rythm. They play a music inspired by Hank Williams, Johnny Burnette, Ronnie Self, Chuck berry, fats Domino, Don Woody, Jack Scott and some others rock'n'roll killers back from the crypt.

Expect the worst but don't try to tame them : they're here for the "ROCKIN' ROLLIN' GRIZZLY DANCE".

Once on stage, you must know nothin' can stop the GRIZZLY FAMILY !
They GOT SAVAGE !!!!!!!! 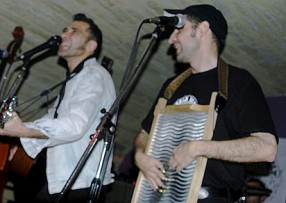 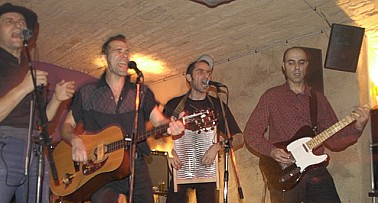 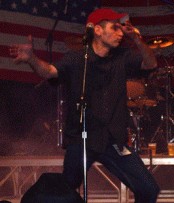 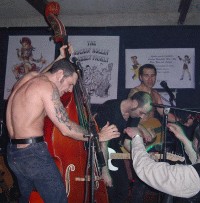 The Spirit Of The Mountains 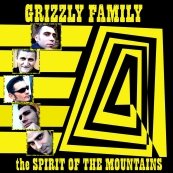 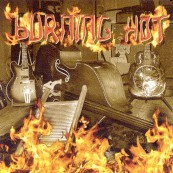 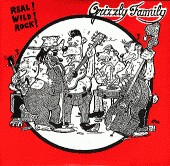 
RockInLyon of Mister Red Teddy Himself From France 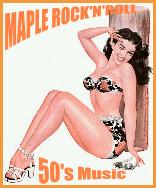